Kindred: The Time Travelling Slave Narrative You Hoped Wouldn’t Be So… 2016.

You read a book like Octavia Butler’s Kindred and you get to thinking some bleak thoughts. Published in the 1970s, the ‘fantasy’ novel follows Dana through a time travelling slave narrative. Opening in the 1970s the reader is immediately hooked as Dana travels back in time to the pre-civil war South and finds herself – a black woman – among slavery. The mechanics of time travel in the novel are explained by virtue of the ‘kindred’ connection between Dana and her 1800something ancestor, Rufus: Dana is called back to the past each time Rufus is in danger of dying so that she can save his life; Dana is called back to the present each time her own life is in danger. END_OF_DOCUMENT_TOKEN_TO_BE_REPLACED

Infinite Jest: Why Reading this Book Makes You a Hero

I started reading David Foster Wallace’s epic Infinite Jest  at the cottage. I set myself an (overly) ambitious target of 100 pages a day. Ambitious because it took me an hour to read 15 pages. And I could only reasonably avoid my family and read on the dock for seven hours of the day. Because reading Infinite Jest is an exercise in focus, absorption and dedication. Like the ‘entertainment’ that so bewitches characters that they cannot look away (choosing death by starvation or dehydration rather than stopping the consumption of the entertainment) the novel asks for (demands?) complete attention if the reader is to make sense of the overlapping plot lines, constantly shifting points of view, temporal and geographic locations, narrative styles and relationships among characters. END_OF_DOCUMENT_TOKEN_TO_BE_REPLACED

The Paying Guests: Books to Avoid Reading On Your First Week of Carpool 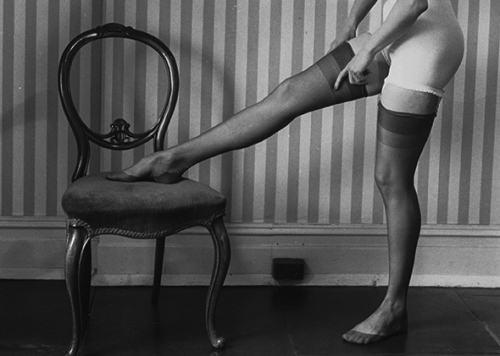 The novel follows the life of Frances as she struggles to maintain the family home in the absence of male income (see Remains of the Day). Forced to take on ‘paying guests,’ she and her mother are joined in their aging home by the lower-class, freer spirits of Lilian and Leonard Barber. If the first half of the novel traces the budding… relationships between Frances and the couple, the second half takes a decidedly different turn in exploring love tested not by societal expectation, but by conscience and trust. Rather than fuss too much about who loves whom, the novel instead explores the nervousness of (new) love and the doubt that accompanies it (and it goes to some plot extremes to do so).

I very much enjoyed this one. Well crafted, expert character development, written with careful and evocative language (*cough*) it is a delight to be immersed in.  Though I’ll admit that after A. pointed out the frequency of the word ‘queer’ in the novel I was somewhat distracted by its repetition (a project for some student to trace and explore diction in Waters’ work – the way she works the connotations of the early 20th century against that of the contemporary reader).

In entirely unrelated matters, I finished reading the novel in the campus gardens during lunch today. In writing this post a bug has flown out of my hair and now I can’t stop checking to make sure there aren’t more insects all. over. me. Such are the hazards of having this literary vice.

Dracula: Everything you thought you knew about vampires is wrong (views on Twilight remain unchanged) 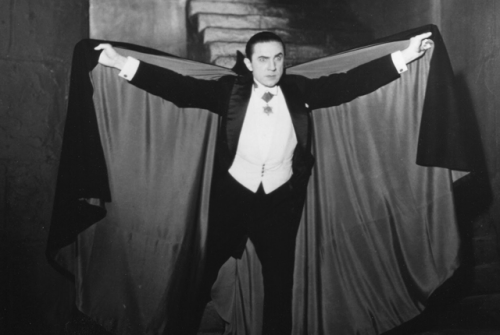 It’s my parents’ fault that I don’t know anything about Dracula. I thought I knew little bits about the story from pop culture, but then I remembered I don’t know anything about pop culture because my parents didn’t let me watch movies or TV. And that I didn’t, truthfully, know anything about the story. Okay, my argument falls apart because my parents certainly encouraged me to read. And widely. And I could have read Dracula before my 32nd year. But I didn’t. Like the undergrad student I was chatting with yesterday, I assumed I’d have my whole life to read the pile of ‘classics’ I always meant to read but had never bothered. You know, the kind of book you pick up at the used bookstore for $2 only to let it languish on your shelf for years because you think it probably won’t be that good because it was written so long ago and besides there’s the hip new Twilight thing to read.

No, it wasn’t a brush with mortality that made me decide it was finally time to read a classic work. It was S. and D. independently and within the same week citing it as a terrific read. And me feeling hugely embarrassed when reading the children’s version  (not a paid advert btw) that I had no idea who the two women or five heroes referenced. I laboured under the view that Dracula was about a vampire and a castle and that was that.

I. was. wrong. This book is about so much! And it’s so enjoyable to read! Enjoyable but also scary. I had a couple of nights of bat-related nightmares (for real), so if you scare easily (or at all) I might suggest avoiding reading this one right before bed, or perhaps preparing yourself to jolt awake convinced you hear flapping (probably compounded in my case in that I *did* once wake up to a bat flapping about my head after it got in through a cracked window. I DIGRESS).

It’s about science: As our heroes attempt to work out just what in the fuck is going on with all the blood loss and mysterious nighttime shenanigans they challenge positivist assumptions and make space for other kinds of knowledge: “It is the fault of our science that it wants to explain all; and if it explain not, then it says there is nothing to explain.” Well, sort of. Maybe. They still seem to use all the methods and approaches of Good Science in their quest, but Dr. Van Helsing makes it clear that there are limits to accepted truth.

It’s about gender: Oh what oh what to do with women. And their pesky desire to contribute, be independent, make meaningful lives. They must. be. eaten.

It’s about sexuality: Man-bat comes in the night and slips up under the covers to eat ladies. Ladies love. Men love. But usually only by engaging in passionate discussion and hand kisses.

It’s about form: letters! journals! phonograph records! meeting minutes! Look at all the ways plot and character can be developed in the pieced together epistolary form. There were a few moments where it felt analogous to the 2016 plot wherein characters have to explain why no one has a cellphone or cellphone reception in order to make the plot believable: characters kept explaining why they were bothering to write down what had just happened in such detail so as to convince the reader that this was not, after all, literary convention but instead the raw goods of vampire attack.

So whether it’s genuine interest or deep social shame for not having done so already (or, better still, fear that you’ll die before you read it) that motivates you to read Stoker’s classic work, seize on the interest and get it! (I’d add that I ‘lost’ my library copy (aka it was in the car and I assumed it was lost forever because it was under the seat) and found a free version online in under two minutes – so degree of difficulty in obtaining a copy can’t be an excuse here). That way the next time some punky punk of a reader gets excited about Twilight or True Blood or Insert-One-of-Bazillions-of-Vampire-Cultural-Objects-Here you can roll your eyes and explain “well, X work may be great, but it’s derivative of Stoker’s original work in Y way.” I look forward to your comments explaining the intertextuality of Stoker and how he’s really referencing Y work. Or how Twilight is in its own right a classic work. Ha.