Medicine Walk: Time Out of Time 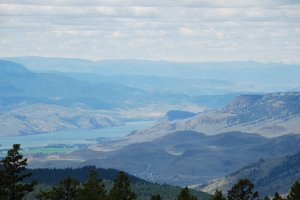 What makes for a great storyteller? What makes us listen? What can stories reveal about ourselves and others that allow connection and understanding? Richard Wagamese’s novel Medicine Walk explores these questions through the quasi-quest, quasi-bildungsroman narrative of Franklin Starlight. As Franklin accepts the task of helping his estranged father, Eldon, to his death, he also accepts the role of listener. Just as readers assume this position each time they open a new book, Franklin is unsure what to expect, but committed to the hearing.

This metafictional thread is softly woven, but bears consideration: what do we, as readers, assume (both in the sense of ‘to take on’ and ‘suppose to be the case’) when we begin reading? Genre, narrative point of view, diction and phrasing, author biography and context give us the rudimentary tools in the early pages of a story to position ourselves, to ease into a work and find where we sit vis a vis the story we’re hearing (nevermind that our particular readerly moment is one where books come laden with existing expectations – and reviews like these). Whether a story adheres to or troubles these expectations, and whether our expectations predetermine and limit what we’ll read/hear gets played out as Franklin grapples with reframing his feelings about his father and whether and how much he will accept the stories as true or sufficient recompense. These questions get echoed in Franklin’s confrontation with his own expectations of his father and of his own and Eldon’s separate and twinned identities and histories.

It’s an unusual (narrative) relationship. Eldon, an alcoholic and absentee parent, brings his story to Franklin with the ostensible purpose of telling Franklin about his birth, name, and family, but with the attendant – and mutually recognized – hope of earning, through the telling, Franklin’s forgiveness and some kind of reconciliation. The novel, in its exploration of this relationship, brings forward questions of what can be forgiven, what forgiveness entails, what we owe ourselves and our broadly understood family. Whether knowing the cause of an unforgiveable act, whether recognizing the cause as societal or historic or simply not our fault, can lessen the violence of the unforgiveable.

It also exposes the deeply moving selflessness of love, while still worrying about the difference between selflessness and selfishness. It explores the contours of this division in the character of Bucky in one of the more surprising and rich representations of humility and grace I’ve read in recent memory. He is a complex, if oddly unexamined, character in the book. Complex I suppose in that he performs key plot functions and occupies a layered character position; unexamined in these sense that his thoughts and reactions are obscured to us, accessed only in brief dialogue. Still, a poignant character.

One element of the novel that bothered me – at least for the first half – was that I couldn’t seem to place it in time or place. There were references to wars – World War II and Korea – that let me loosely place it but in an ahistorical (or perhaps extra-historical) way; and (stunning and beautiful) descriptions of place that left no doubt of a fully realized setting – just no setting with a corresponding place in reality that I could quickly identify. But as I latched on to the themes of storytelling I recognized that my desire to pin this narrative down in time and place was to try and evacuate it of its catholic impulse. This story of guilt, mortality, paternity, loyalty and love should, and does, move us regardless of place or time.

Which is not to say it isn’t also particular. It is a story of domestic violence, of poverty and of colonialism while also being a story of one boy making sense of who his father is, his (a)filial responsibilities and his capacity for forgiveness. I’d suggest it is also a book for readers of all stories to think about the responsibilities of listening and our capacity to be moved and changed by what we hear. It is certainly a book you ought to read; a story you ought to attend to.