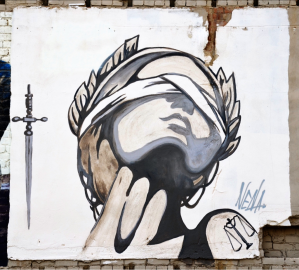 This past week the Canadian press – and Canadian communities – have been asking a lot of questions about crime and punishment. With the very public revelation of Jian Ghomeshi’s criminal behaviour, the public conversation includes calls for criminal prosecution all the while enacting a sort of collective trial, sentencing and punishment in the press and social media. While listening and reading stories of his violent and repugnant behaviour, I was reading Linden MacIntyre’s new book, Punishment.

Punishment is not about sexual and physical violence. Nor is it about the CBC or the media (though MacIntyre long worked for the CBC). Instead it’s a book about a former prison officer, Tony Breau, who gets involved – is made to be involved – in a small town murder investigation. It’s also about the consequences of telling the truth: the violence, threats and shame that attach to those who speak out (you can see, then, why it might be a book that resonated with what I was reading and hearing in the cultural conversation around violence against women). So it’s a novel that takes on the ‘big’ crime of murder, but it’s also a novel that explores the slippery boundary between what is considered criminal, and the ‘crimes’ outside the criminal code: betrayal in friendship, adultery and the wilful withholding of truth from others.

Punishment offers readers as nuanced and complicated exploration of guilt, punishment, retribution and reconciliation. Early on in the novel it explodes the idea that all those in prison are criminals and that all those on the ‘outside’ are innocent; the novel does not belabour this point, it simply makes the observation that many crimes go unrecognized and unpunished and that many criminals are in prison for complicated reasons. Much of the novel is concerned with how and if Tony can reconcile his past with his present, his moral position with an unjust society, his care for others with the certainty that the truth can be painful. (In a quintessentially Canadian literature way) this struggle is worked out in the small and isolated community, where the big bad criminals come from the United States and the city, where outsiders are suspect and when guilt is both the prelude an apology and an unavoidable state of being.

What the novel does incredibly well (and with a sort of bravery, I think) is to ask readers to consider – just consider – separating the crime from the criminal; the behaviour from the person. It can be hard to empathize. It can be hard to consider empathy. When we are betrayed by lovers or friends, when a singular crime is perpetrated against us or when we are wronged by systemic and entrenched systems, the impulse is not to empathy. The push is to retribution, to punishment. As if in the punishment itself we might understand the crime or feel differently about the criminal. I am not making a novel argument in suggesting that there might be a difference between retributive and restorative justice.  Rather, I’m making an argument that this novel shows – with great care and nuance – how these forms of justice differ and what is at stake for us as individuals and as communities in taking one approach or the other.

One response to “Punishment: Retribution and Reconciliation”