The Mountain Story: The Book You Wouldn’t Bring if You Were Lost on a Mountain 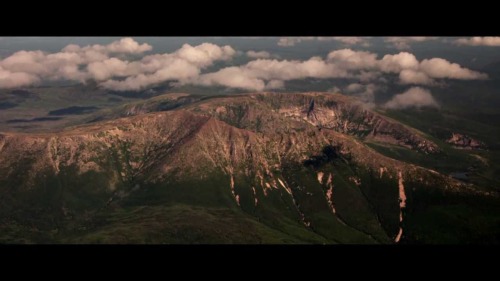 If you were lost (on a mountain) what book would you want to have with you? Pragmatic answers about edible plants or wilderness survival have no place here. You certainly wouldn’t want to pack Lori Lansens’ The Mountain Story. Maybe it’s just me (it’s probably just me), but I could have easily done without this one. Lori Lansens is something of a Can Lit showstopper – her novels The Girls, Rush Home Road and The Wife’s Tale have been best-sellers (and not the Canadian kind of best seller where you get featured on the CBC, but fancy New York Times best-sellers). So what is it these readers are gravitating towards?

Sure The Mountain Story has an engaging plot. From page one our protagonist, Wolf Truly, has set out to kill himself (cue conflict) by jumping off a cliff (for real) on the mountain he has climbed and hiked through his teen years. Enter the merry band of misfit women – three generations in three women – who, through a series of unfortunate events (for real), find themselves and Wolf, lost and trapped on the mountain. Plot is built on conflict (or so the books on writing tell me) and this one is full of yawn-inducing man-versus-nature conflict: finding water, finding food, coyotes, broken arms, broken bridges, snakes. Interweaving these necessary hiccups on the road to salvation (and we know they get saved, the story is told retroactively) are pieces of Wolf’s story from before the mountain: why he wants to kill himself, the deal with his father (isn’t there always a deal with the father?), the love interest, the deal with his mother (there’s definitely always a deal with the mother). I had a hard time deciding which parts of the story I found more tedious – the mountain or the backstory, but I’ll go with the mountain because there it felt most like I was working my way through a story arc written in an elementary school writing class.

I suppose these pieces of an adventure story could be interesting if there were characters that offered anything like complexity or curiosity. As it is Wolf (despite his name) is neither. The three women – so forgettable I’ve forgotten their names – are likewise Women Who Get Lost on the Mountain rather than characters with depth. Of course there’s a love story – what more romantic setting might you imagine than being stranded on a mountain as you attempt to kill yourself? And of course there’s familial tension – how could you not bicker with your mother while stranded on a mountain? And sacrifice. And heroism. And yawnyawnyawn.