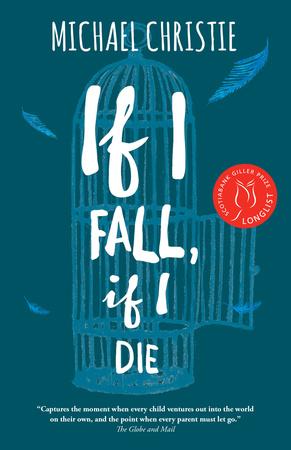 There are many things to fear. We are taught and reminded and encouraged to fear what we don’t know, who we don’t know and to never ask questions about the things about which we are told to be afraid. The things we should be afraid of – car accidents and sitting at desks – are trumped (or are Trump) by hyperbolic headlines of xenophobia and a capitalist impulse to make us buy our way out of anxiety. Michael Christie’s excellent, If I Fall, if I die (which until now I remembered as ‘If I Fall, I die’ – a telling slip of my memory) asks us to reconsider how we come to be afraid and the bravery of encountering those fears (and what motivates us to do so: loyalty, love, stubbornness).

Our story follows Will (a clever naming as so much of the character is about choice, what he will do and what he wills himself to do) and his mother, who experiences agoraphobia, along with many other and cascading fears, to a degree that she raises Will within her childhood home in Thunder Bay. The plot takes off when, in the first chapter, Will finds himself Outside and begins realizing the way his mother has constructed their world as one filled with fear bears little relationship to the reality of what is, or should be, threatening.

The novel’s exploration of the way fear is made (rather than natural or inherent) is fascinating. In one scene Will is attacked by a wolf (for real) and because his sense of what should be frightening has been so skewed he doesn’t seem to realize that a wolf. attack. is the sort of thing one really ought to get a raised heart rate about. The novel takes on questions of the social construction of fear in little ways (why are we expected to fear teenagers on skateboards?) to big fear (the circulating anxieties about race, poverty and mental illness that have material and ideological consequences for those we make objects of fear and those who fear them). It is a sophisticated at yet propulsive exploration of the emotion/state of fear.

It is also decidedly Canadian literature in its setting and theme (*cough* Survival!). Thunder Bay and the politics  (of fear) around indigenous land claims and resource extraction are at once particular to the setting, but made wider points of consideration in the exploration of how such fear is created and perpetrated by state officials (the police and schools, in particular) and economic/social policies. The first few chapters had the feel of a somewhat over-workshopped first novel with abundant similes and hamfisted diction, but either Christie eased up, or I got used to the style and stopped be distracted by the writing (I might even go so far as to say I found some sentences well observed. Might).

All this to say you’d do well to pick this one up. I suspect Chapters will put it on Heather’s list, or someone will put it on your Books to Read This Summer because it’s hard to not enjoy the story (the characters are loveable and peculiar in ways that make them objects of fascination: how unusual! agoraphobia!). I’d urge you to look past what could be construed as a plot gimmick, to see that the book is about a whole lot more.