Jennifer Egan’s Manhattan Beach is the sort of book you read while at work. Like tucked inside an important memo. (One of my memories of elementary school is our teacher discovering that Joseph had been hiding a novel behind his math textbook and the teacher went bananas and used a meter stick to hit the book across the room. Which with the benefit of age now seems an unmeasured response. I mean, I can see being annoyed if he had a porn mag tucked in there, but a novel? Oh well. I guess we must Be Respected at all times. I DIGRESS.)

It’s an excellent novel. Really. Go and get it now and start reading. Things I think make it excellent (in no particular order): END_OF_DOCUMENT_TOKEN_TO_BE_REPLACED

Yet another novel about a peculiar protagonist who begins the novel alone and misunderstood and who ends the novel connected with community and understanding her quirks as endearing and/or strengths. I suppose if I hadn’t read so many novels with the same plot and with the same variations on character theme I might find this one endearing. But as it is, I’ve had quite enough of this sort of thing.

END_OF_DOCUMENT_TOKEN_TO_BE_REPLACED

Clara Callan: In which I start writing the review ambivalent, and end up not liking the book; or, the merit of writing reviews

Oh I don’t know. It’s hard sometimes to summon a review. Sometimes you read something and think ‘yes. that was just fine.’ And in the case of Richard Wright’s (why does he insist on the middle initial?) Clara Callan, I have no solid argument against reading it, but I also can’t muster a persuasive case for picking it up. So sure, if you find yourself in a hostel with a free copy (or in my case, a used bookstore with a copy in the $1 bin and your only other reading material is the very boring A Brief History of Seven Killings) then by all means: go in. END_OF_DOCUMENT_TOKEN_TO_BE_REPLACED

Adult Onset: What you need to know about being a parent (without having kids) 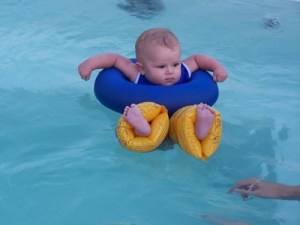 I’m not a parent. Most of the significant members of my social circles have become parents in the last year or so (friends, colleagues, siblings). It’s been hard at times to be the child-less 30-something among a seemingly ever-expanding network of parents. Sure you say, they don’t stop being siblings or friends, and you’re right, they don’t, but they become something else, too. And in becoming, add to their vocabularies, stories and frames of reference experiences that I can only imagine and witness: baby-led weaning, sleep training, pumps, exhaustion and marital discord. At this point in my life I am interested in parenting in the way I am interested in filing my own taxes: I’m conscious of the merits of taking part, wary of the responsibility and the risk of fucking it up, and secretly suspicious that the claims of it being ‘so hard’ are overstated.

Anne Marie MacDonald’s Adult Onset takes up these questions about parenting by following one parent – Mary Rose – over the course of a week as she grapples with the tensions of raising kids in the particular moment of yuppy, 2014, Toronto. Okay, so the particular moment of 2014 Toronto, but also Mary Rose’s own experience as a child and how her relationship to her parents colours her self-conceptualization and realization of her own identity as a parent. That is to say, there’s a bit of past-present blurring and Mary Rose-and-her-mother blurring  throughout.

It would be oversimplified to say her understanding of parenting is ‘fraught,’ but it is. Her parents experienced miscarriages, stillbirths and the death of a child; these experiences contributed to postpartum depression that necessarily impacted the way Mary Rose experienced her own childhood and the way she conceptualized what the acceptable activities and attitudes of parents include. Mary Rose and her partner Hillary raise an adopted child and a biological child (for Hillary, but not for Mary Rose), complicating in the novel how biological connections shape – and don’t – parenting. They’re also lesbian parents in a 2014 Toronto that has legalized gay marriage and (as of yesterday) introduced gay marriage into the curriculum, but still encounter tension in the representation and construction of normalized ideas of ‘family’ and ‘parent’. Add the complications of parenting in an era of anxiety, hyper-vigilance and over-protection (I recently read and enjoyed Hanna Rosin’s “The Overprotected Kid” which is well worth a read if you’re interested in how surveillance culture is impacting parenting norms). Add to that the week depicted is one in which Mary Rose must parent “alone” as Hillary is away.

I’d probably have enjoyed Adult Onset a lot more if I wasn’t currently surrounded by new parents. Don’t get me wrong – I love the babies in my life and the parents raising them. I don’t mind – in fact, I usually enjoy – hearing about teething, naps, day care and the toll it takes on the body.  At the moment I’m invited to watch and to listen the transformation and power of parenting in my real life, and so the opportunity to do the same in a novel is – while beautifully rendered, full of complication and nuance, exceptional writing and strong characters – not immediately exciting. But it was a great read and will – no doubt – lend itself to a rich discussion at the next book club (where, yes, I’m the only non-parent).