The Association of Small Bombs: The Book You Won’t See On the Display Table, But Should Definitely Seek Out.

Karan Mahajan’s The Association of Small Bombs was on the New York Times list for the best books of 2016. I went through the list and requested books at the library, most of the list had a wait list dozens, or hundreds, deep. Not so for The Association of Small Bombs. It was on the shelf at my preferred location. Maybe because I was requesting books the same day the list came out? Or maybe because readers are silly and thought they wouldn’t like a book about terrorism in India? Whatever the case: be me and get yourself to the front of the line to read this one. It’s terrific. END_OF_DOCUMENT_TOKEN_TO_BE_REPLACED 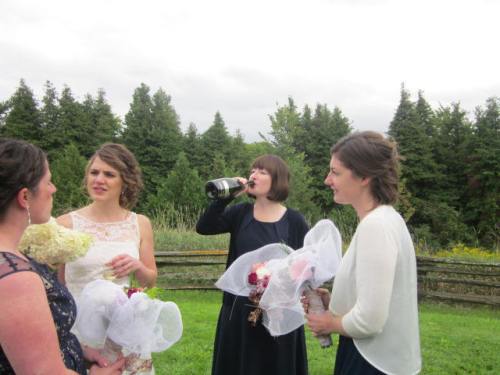 I listen to a lot of podcasts: Longform, This American Life, Radiolab, Slate Political/Cultural/DoubleX Gabfest, Wait wait don’t tell me, Hardcore History, The House, Pop Culture Happy Hour, Planet Money… (& Serial, duh, but back before it was cool, double duh). And most of these podcasts include some kind of ‘recommendations’ section where the hosts will suggest something they’re enjoying and think listeners might enjoy too. Most of the time the suggestions are cultural objects (occasionally they’re hilarious (and lazy) suggestions like ‘nutmeg,’ or ‘leggings’.) But in the past year Elena Ferrante’s Neapolitan series (beginning with My Brilliant Friend) has been recommended on almost all of them. There’s only so many times a book can be suggested before you feel like you’re ignoring a fated read. So I coopted their recommendations as my own and urged  *my* brilliant friend S. read with me. And then my other brilliant book club friends, too.

So we’ve all be reading it and I’m anxious to hear what these smart women have to say about the book. Because that’s what reading My Brilliant Friend taught me: that we don’t trust our own sense of what we like, or don’t like, or want, or don’t want, half as much as we trust that of our friends.

Back it up – what’s the book about? Written by an Italian author, the novel is set in a working class Naples in the 1960s-ish (I’m guessing a bit on the date). It follows two young girls, Elena and Lila as they mature themselves and in their friendship. Narrated by Elena, the novel focuses on their development from school girls to sexually mature women in the midst of changing social and economic conditions. The novel explores fascinating questions in friendship: how does friendship change when one friend gets married? when one friend has access to (much) more money than another? when one has sex?  [I’ll admit that when this description (or something like it) was offered to me in all of these recommendations I thought *yawn* but the books (at least the first) are well worth the read.]

In the particular setting of Naples the significant division between the two friends is access to education. Both Elena and Lila begin in school together, but as they age only Elena’s family has the resources (and sees the value) in continuing to send Elena to school. While both girls achieve extraordinary academic success, Elena views Lila as naturally intellectually curious (Lila teachers herself Greek!) and sees herself as an academic-imposter, succeeding only by virtue of her proximity to Lila.

The extent of Elena’s envy for Lila bothered me (and S.), at least bothered me at first. I assured myself that I’d never harboured such feelings of jealousy for any of my friends… But the more I considered their relationship I saw that in the envy of Lila’s beauty and her intellectual gifts Elena doesn’t desire something she doesn’t also have (Elena’s potentially untrustworthy narrative includes unimpeachable evidence of her academic success in the form of report cards) – rather she desires the confidence she assumes Lila has, she wants to feel like she’s good enough and to believe it.

Putting thematic questions aside, the book has a complex and nuanced narrative voice as this reader struggled to decide whether to trust Elena, or how far to trust her. Having been in my own 13 year old mind, I can assure you it’s not a  trustworthy place: perceptions of self are necessarily skewed. The novel manages this narrative tension through balancing Elena’s self-depracting, self-loathing perception against demonstrable outward evidence countering this view. Reminding us of the thematic issue of how much we assume we are (the only) deficient one, or that every one else (*cough* Lila) has their shit together. When… they don’t.

As if to prove it – I was tempted to write “It says something about my reading habits in the last four months that S., who had her first baby in the summer, finished the first book before me.” As if it was a contest about reading. Or friendship. Or life. (but isn’t it?) 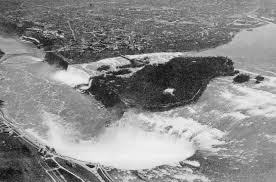 The thing about an allegory (like a metaphor) is that the comparison is made between two unexpected things (pigs and communist leaders; shadows on the wall and ideas). So when reading Lauren Belfer’s excellent City of Lights I struggled to figure out whether the novel was allegory or something else. A literary term that escapes me, but exists, I’m sure.

So a bit to set this example up. The novel is a few things: historical fiction, murder mystery, romance, tragedy of manners. The plot goes something like this – it’s 1901, Buffalo is playing host to the pan-american exposition. Industrialists and engineers are developing hydroelectric power at Niagara Falls with all sorts of complications: union organizing and labour conditions; nature-preservationists and eco-terrorism (that the development of the Falls was protested on environmental grounds was an absolute revelation to me); public versus private ownership of resources. Our protagonist, Louise Barrett is headmistress of an exclusive all-girls school and passionate about the way education can transform individual women and reform society as a whole. She’s also afforded unusual social liberties because of her ‘spinster’ status; a status she’s had to assume for good reason (which I won’t spoil here) to do with gender-based violence and independence for women. A man gets murdered. The hydroelectric project gets complicated. The cast of characters and their secrets and lies thickens.

Right, so in this example Louise is talking to a reporter (masquerading as a photographer – because performativity and identity is also a big thing here), Franklin (who is also a potential love interest). Franklin explains his cynicism as to why he doesn’t think the industrialists care about the ordinary people when the choice is between the people and the extraction of a resource:

I served time in the Philippines, remember? I saw our fine and honorable American soldiers using the too-aptly named ‘water cure’ to exact confessions from prisoners; of course the prisoners weren’t ‘white’ so it didn’t matter. (135) He goes on… Electricity should be a public service, not a commodity sold to the highest bidder. The electricity created at Niagara belongs to the people. Not to the industrialists, not to the nature preservationists […] but to the people” (136).

It parallels waterboarding, right? Electricity – throughout – parallels oil extraction with immediate gains prioritized over long term environmental damage. But it’s not an allegory because it is – in the fictional past – a recognizable reflection and deepening of our understanding of the present. Am I just describing a term called ‘the beauty and wonder of historical fiction’?

Anyway. I really loved this one. The murder mystery, while a driving plot point, wasn’t the focus of the text so much as Louise’s journey to understand her past and present. The historical details about Niagara and hydro development are genuinely fascinating. The socio-political-economic context that underpins the plot is as rich a character in its own right as any. Including the one moment Louise doubts her self-reliance and thinks how lovely it would be to rely on a man, she is a model of feminist independence. So yeah, please read the book and tell me what the term is that I’m looking for. Or maybe you don’t have to read the book because it’s so obvious. It’s probably alliteration. Kidding. (Am I?)